Shooting Stars have released a statement which narrates their ordeal in the 2-1 loss to Go Round FC in Omoku on Monday.

“The referee added five minutes after the 90 minutes duration and we had played three minutes into the added time when some fans of Go Round encroached the pitch. As at then the scoreline was still 1-1.

“In the process, our goalkeeper Detan Ogundare was punched in the neck while the referee was also knocked in the face.

“Our cameraman was also harassed while his two video tapes were forcefully taken away from him just as they threatened to deal with any 3SC official who makes any attempt to make video recording or take photographs.

“With the referee insisting that he won’t continue with the remaining two minutes of the added time, officials of Go Round literarily went on their kneels, begging him to restart the match.

“They also begged officials and coaching crew of 3SC to allow the game to continue but Team Manager of 3SC Dimeji Lawal and the other officials made it known to them that the referee had the final decision on that.

“While the officials were making their appeal, some fans threatened to deal with our team and the match officials, if the game was not concluded and if they did not win.

“At this point, the entrance to the arena had already been locked up, so to say we were held hostage is an understatement.

“We however insisted that the video tapes collected from our cameraman must be returned before we can restart the game.

“I believe that was the reason the referee decided to continue with the game and he even added another seven minutes instead of just two minutes remaining.

“We had played four minutes into the restart when he awarded a controversial penalty kick to Go Round which they converted.

“While we about restarting the game after the goal, he surprisingly blew the final whistle, to end the tie 2-1.

“It was after this that the already charged atmosphere became conducive and we were able to leave the Krisdera Hotel Stadium, Omoku, peacefully.” 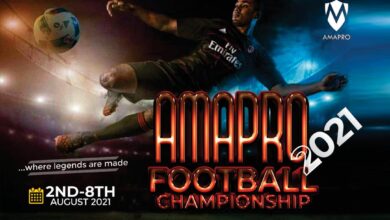 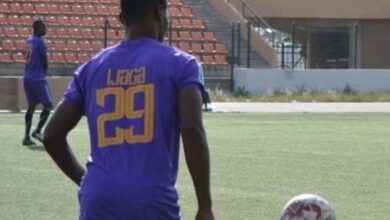