Katsina United striker, Abdulrasheed Ahmed has claimed that 2020/2021 NPFL season has been the best in his football career thus far.

The tall and lanky forward moved to Katsina United at the beginning of the season following a short spell in Turkey with Cerkezkoyspor kolobu.

While speaking with the press in an interview on his landmark accomplishment with Katsina United, Abdulrasheed said.

“I think, this the best season in my entire football career thus far based on my achievements with my current team.

“Despite a topsy-turvy season that my team experienced at the early stage of the season, we are still able to hold our own, fought relegation battle and won it. I am presently my team’s top scorer with twelve goals, a feat I didn’t think of at the beginning of the season. He explained. 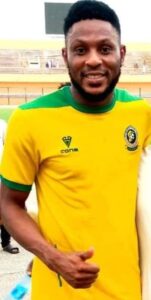 The former Osun United star man, who has netted 12 goals this season also heaped praise on his teammates, management and fans of Katsina United for their support.

“Everyone that is associated with the team have contributed to this remarkable achievement,  I wish to appreciate my teammates, the management and the fans of Katsina United. They have been very dedicated, steadfast supportive respectively, without them we would have not overcome the hurdles.

“My target at the beginning of the season was to reach a double figure and I am very happy that is in the bag already, my target now is to finish the season strongly with my team.”

Abdulrasheed spoke on his future plans.

“Yes, I want to continue from where I stopped this season, I will work harder to ensure that my next season is better than this.” The former 3SC striker concluded.

Katsina United, who are now safe from relegation will face Kwara United at the Kwara State Stadium Complex on Thursday in their last game of the season. 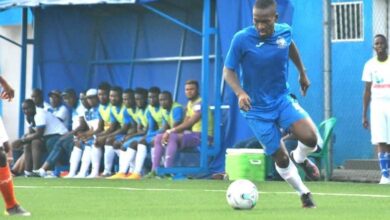 Olisema: “Enyimba have to get it right against Kwara United” 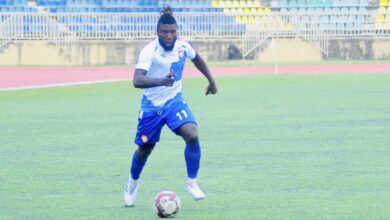 Emmanuel Adoyi: ‘Wikki Tourists have to go all out against Heartland’