SWAN Selected has announced it has sealed a broadcast partnership with 247sports Network Limited, as they are set to broadcast the much awaited friendly game between the National team of Sports Writers Association of Nigeria (SWAN Selected) and Super Eagles Supporters Club of Nigeria at the Legacy Pitch, Surulere, on Thursday.

The match which is Swan Selected’s second official game of the year has generated massive interests from corporate sponsors and football stakeholders across the country.

Thursday’s match is aimed at intensifying the relationship between the Supporters Club group and the Media to further boost the image of Nigerian football and also set a positive momentum ahead of the 2022 FIFA World Cup qualifiers.

The match will commence at 4pm and will be broadcast live on Sports247 Facebook page with over 12,000 audience expected to be watching across the continent.

“We are happy to bring this game live to a wide football audience that will be watching from home and we appreciate Sports247 for their commitment towards achieving the live broadcast of the game.” 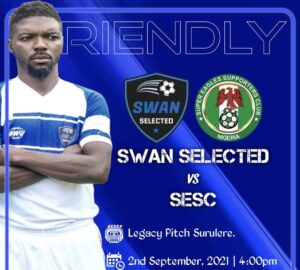 Chief Operating Officer of 247sports Network Limited, Tosin Adeniji says the company is excited to be part of the game and hopes to sustain the relationship.

“This is part of our dreams as a company to broadcast thousands of games to football communities across the world and this is a special game we want to be part of.

“The media and supporters club are two important stakeholders in football, coming together to play a curtain raiser before the National team game is something we are excited to be part of it,” Adeniji added.

“We are happy that the brands involved in this game will get good visibility with the live broadcast and we are honoured to have Sports247 to be part of this game,” Super Eagles Supporters Club of Nigeria media officer, Favour Itua divulged.

The game will be open to fans with strict adherence to COVID19 protocols while top football stakeholders in the country are also expected to grace the occasion. 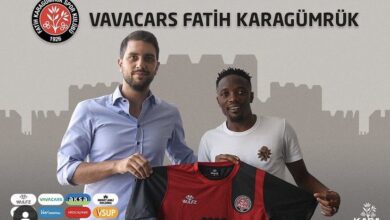 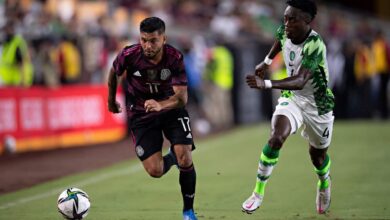