Barcelona forward, Asisat Oshoala has resumed regular training for the Spanish side ahead of their UEFA Women’s Champions League second leg semifinal tie against Wolfsburg on Friday.

The 27-year old has been on the sideline for the Spanish Champions since February, through a thigh injury and will now be available for selection after being cleared by the medical unit of the club.

Oshoala, who have won the African Women’s Football of the year award four times, was missing in action for Barcelona, when they sold out a record 99,000 tickets for their UWCL Quaterfinals clash against Real Madrid in the second leg tie. 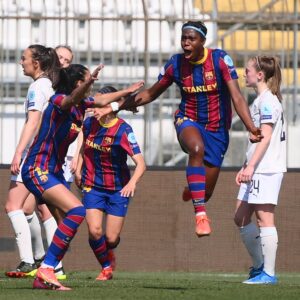 The El Clasico match broke the attendance record for a club game in women’s football, which was set in 2019 when 60,739 people watched Barcelona beat Atletico 2-0 at the Wanda Metropolitano.

The Super Falcons striker will be adding his scoring prowess to the side, who are currently top of the Spanish Women Primera Division log and are yet to drop a point in 27 matches. 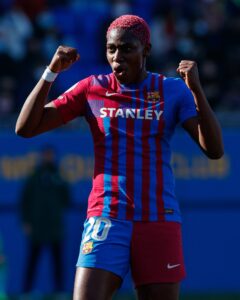 Asisat Oshoala has scored 16 goals and made 3 assists so far this season before the thigh injury, which took her to the sideline since February.

The club announced the comeback of Asisat Oshoala alongside three of her teammates, Claudia Pina, Mariona Caldentey, and Patri Guijarro. 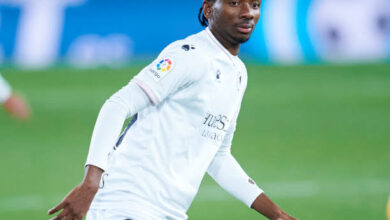 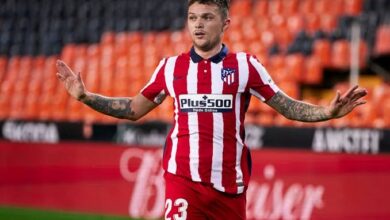 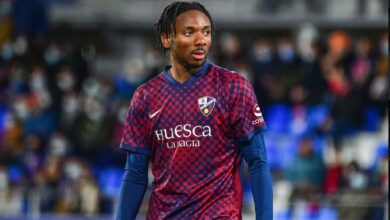 Kelechi Nwakali clears air on contract termination – ‘I was bullied’